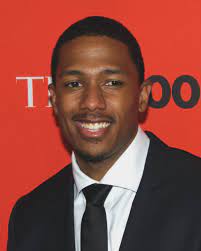 Nick Cannon is a successful and well-known face in the entertainment industry. He is a proud father of 11 children, ranging from newborns to teenagers. They are spread across his three marriages. Recently, the multi-talented entertainer revealed his biggest guilt about parenting his large family.

In a recent interview, Cannon opened up about how he felt guilty for not being able to spend enough time with each of his 11 children. Cannon admitted that he could not give all the kids the same amount of attention and quality time due to his busy career.

Cannon stated, “My biggest guilt is that I don’t get to spend enough time with all of them. That’s a challenge.” He explained that each of his children has different needs and wants to ensure he can fulfill them equally for all of them.

He also said he was grateful for his ex-wives’ support and nannies’ help. The famous host stated that he has been lucky to have excellent support from the children’s mothers and great nannies. But he still feels it pretty hard.

Despite the difficulties of raising 11 children, Cannon has made sure to prioritize his children and make them his top priority. He also mentioned that he has been trying to make the most of his time with his children and taking every opportunity to create special memories with them.

Cannon is a testament to the fact that parenting is hard work and can be a struggle to juggle multiple children and their different needs. He is an example of a father making an effort to be a good father who wants to give his children a good life.

It’s admirable that Nick Cannon is so honest about his guilt and is trying to become the best father for his children.