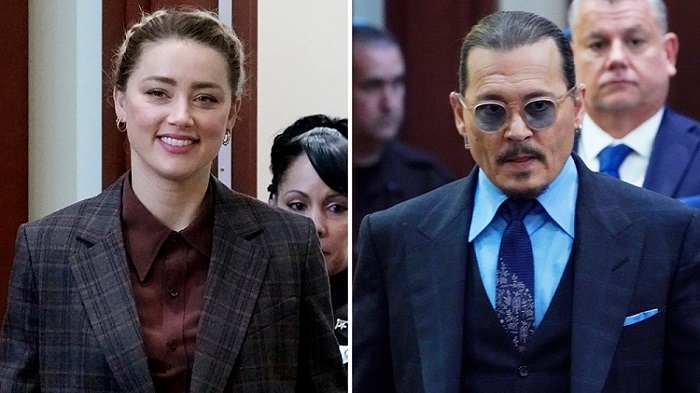 After a sensational trial, Judge Penney Azcarate of Fairfax County Circuit Court has ordered Amber to pay $10.35 million to Johnny Depp for damaging his reputation by pretending to be a domestic abuse victim in an op-ed she wrote in the Washington Post in 2018.

Amber Heard, the actress, known for her roles in Aquaman and The Rum Diary, has taken legal action against her ex-husband, Johnny Depp, for alleged physical and emotional abuse.

The pair were married for over a year before Heard filed for divorce in 2016, citing “irreconcilable differences.” Since then, the two have engaged in a heated legal battle, including Heard accusing Depp of domestic violence.

In a statement released by Heard’s lawyers, they alleged that Depp physically abused Heard during their marriage and that she suffered “significant physical and emotional injuries.”

The lawsuit also states that Depp has continued to defame her publicly since the divorce. She claims that Depp has used his “wealth, influence, and massive media platform” to spread false statements about her.

But after months of trial, the jury verdict Johnny Depp’s favor. The judge ordered Amber Heard to pay $10 million in compensatory damage and $5 million in punitive damage, which was reduced to $350,000 later under a state cap, totaling $10.35 million.

The jury also awarded Amber Heard $2 million based on her counterclaimed that Depp’s lawyer defamed her.

However, months after the defamation trial closed, Amber Heard made legal moves official against Johnny Depp. According to Fox News, the actress’s legal team has recently filed a fresh appeal in the case, arguing that the jury shouldn’t have declared him innocent after a separate trial ruled in favor of her beforehand.

They also want to move the trial from Fairfax County, Virginia, to California. The actress is looking for an overturning of the verdict or a fresh new trial. Johnny Depp recently appealed against the verdict, which ordered him to pay $2 million to Amber Heard.

The new moves from both sides have surprised everyone. Everybody from fans to media personnel eagerly awaits where the feud between these two celebrities ends.