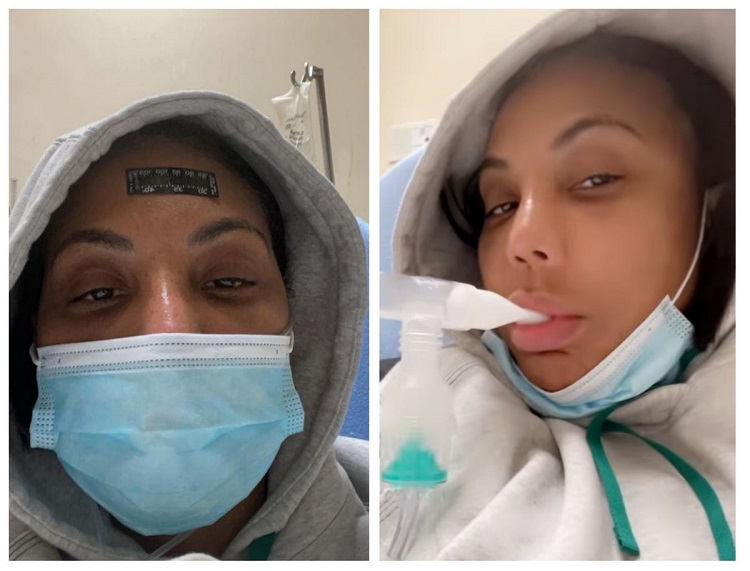 “I Could Not Breath, and my Chest Was On Fire,” She said and ended up in a hospital.

If you are a celebrity news-reading person, this would be alarming. The Actor, Singer, and famous Tv personality Tamar Braxton recently had to go to the hospital because of the intensity of her symptoms.

The singer of “Love and War” came out of a deadly situation in which she claimed it was difficult for her to breathe. She said she was shopping and preparing for the Christmas fun with her best friends.

But on the Very Next Day, she had to go to the hospital in an Ambulance. The Star and Singer said that she needed oxygen. And it was painful for her because she thought God was taking her home.

The gloomy words were saying, “I Couldn’t breathe, and my chest was on fire!!” She explained everything in her carousel that was on a video with her and her friends while they were enjoying themselves at the mall.

Moreover, she also explained her condition after recovery. She has been ultimately diagnosed with the flu, and now she has taken five unique medications.

In addition, the Star requested her fans to be extra careful. She recommended they stay at their homes and enjoy their holidays. Nobody would want this, she added. Tamar Braxton has isolated her because she doesn’t want the same for anyone around her.

She also shared a photo of her getting oxygen in the hospital!

So, the moral of the story Tamar Braxton gave is to take care of yourself and prevent your loved ones from a particular virus roaming the streets. It’s a difficult situation for her and, indeed, for her fans. But we pray for a speedy recovery of our legendary singer and would love to see her back on the stage as soon as possible!